"I only know two tunes: one of them is 'Yankee Doodle,' and the other one isn't." - Ulysses S Grant

I may be getting a bit "long in the tooth," but I have been playing in jam sessions and musters since I was a young child. There are many tunes that I have performed frequently since then that remain very popular today among fifers and drummers everywhere, including:

Published in 1805, Joshua Cushing's Fifer's Companion #1 (76 pages) contains 149 tunes from the American Revolutionary period, including all of the above, many of which were played during the War of 1812 and during the Civil War. A bonus is that all of the tunes in the book have harmony parts provided! It has been digitally restored to its original appearance. Available January 12, 2008 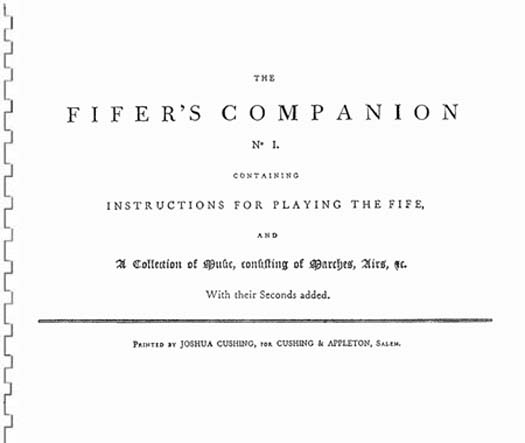