Hart's New and Improved Instructor for the Drum.

After a course of training by the drum major of the military academy in Middletown, Connecticut, H.C. Hart went on to be well known as one of the finest drummers of the Civil War era. Hired by Quartermaster George W. Rosevelt of the 71st Regiment of the New York State Militia. Hart traveled far and wide searching for experienced fifers and drummers. He had little success until he made the acquaintance of the Wolcott Drum Band from that town in Connecticut. He hired a number of fifers and drummers, including one Henry Chatfield as principal musician. The band that Hart founded for the 71st Regiment soon became famous for the outstanding quality of their performance.

Due to his great difficulty in finding skilled musicians, and aware of the enlistment expiration of many active duty fifers, drummers and buglers, he set about the task of developing a simple method for training replacements. Using the unique method of drum notation taught by a drummer from the Wolcott Drum Band, Samuel Wilcox, he set about composing a book that could be utilized by the entire U.S. Army. The product of this effort was his New and Improved Instructor for the Drum.

Published in 1861, Col. H.C. Hart's book contains basic rudimental instruction for the drum and instructions for the fife, along with fife and drum parts for camp duties and variety of tunes from the period. Of particular note, the book includes the drum beating for Rosebud Reel, well-known today as Connecticut Half-time and popular among drummers everywhere. It also contains a large collection of infantry calls for the bugle. Fife parts for such tunes as Frog in the Well, Hail Colombia, McClellan's Q.S., Kinlock of Kinlock, Retired Soldier, Grenadier's Q.S., Moonlight Q.S., Ole Zip Coon, Dog and Gun, Col. Terry's Q.S. and more are included.

It must also be mentioned that the book should also be of particular interest to non-musician officers and sergeants. It describes in significant detail not only the duties of a Drum Major and many complex commands from the staff or baton, but also provides substantial information in regard to the maneuvering of troops and music for parade, assembly, and garrison drill. It even teaches how to conduct a military funeral! It is really quite a book. 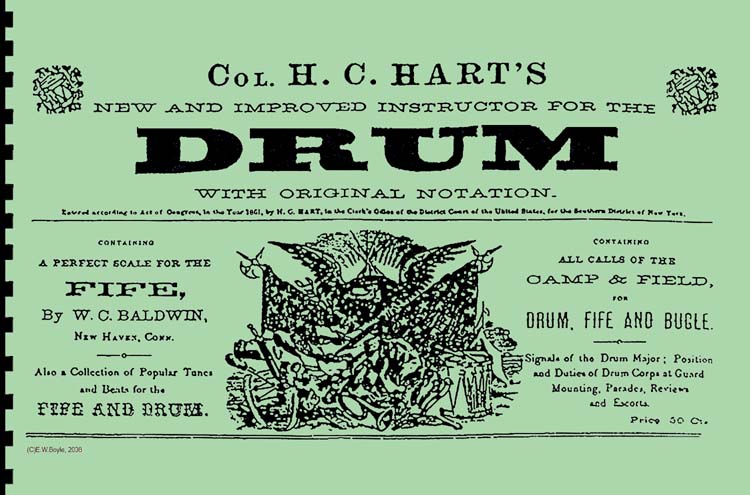 Here's what Col. Hart's contemporaries had to say about the book: 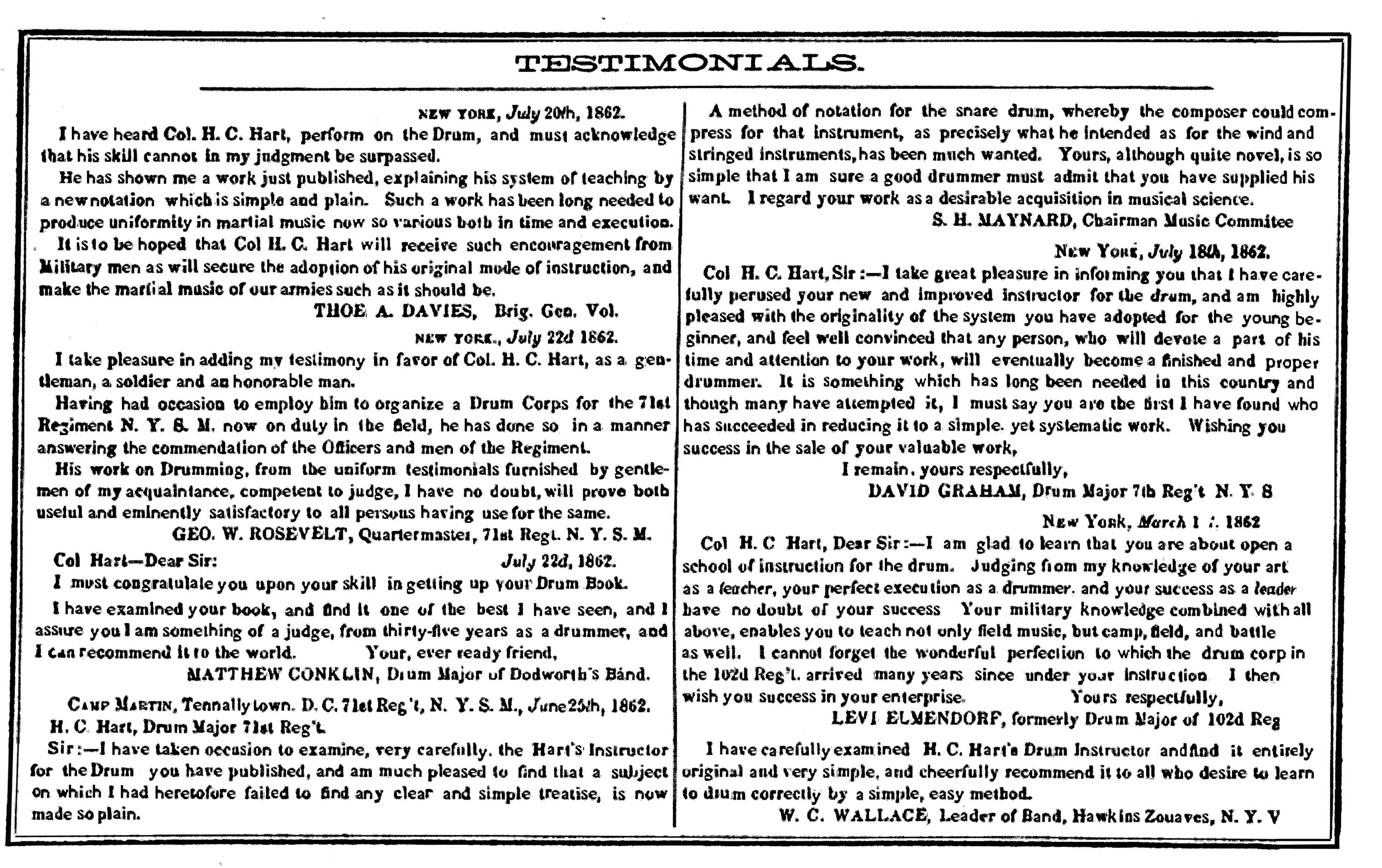