Samuel Potter's The Art of Playing the Fife

In 1810, King George III was still the reigning monarch of England, but due to bouts of insanity, his son, George, Prince of Wales, became regent. In 1820, upon the death of his father, the regent became King George IV. The pomp and ceremony of the Coldstream Guards had long been the favorite of both monarchs. Samuel Potter (1772-1838) had joined the Coldstream Guards in 1786 and became the Head Drum Major of the Coldstream Regiment of Foot Guards in 1815. In 1800, he published A Sett of Slow Marches, Waltz's & Quicksteps. Potter had long been dismayed and disappointed by the quality of musician recruits that he had to deal with. In 1817, he published three instruction books: The Art of Beating the Drum, The Art of Playing the Fife, and The Bugle Horn Major's Companion.

Photostatic copies of Potter's Art of Playing the Fife have been available for many years. I have yet to see one that was correct. Most have the first 15 pages or so on target, but everything beyond that is a random collection of fife music that has little to nothing to do with the original. All pages are faded and illegible from many sequential photostatic reproductions. The digitization and restoration of this work was one of the most difficult and time-consuming efforts I have ever performed, entailing the location of information from 5 different sources in North America and Europe. It now looks the way it did when it was first published in 1817 and is complete. Even the calligraphy on the cover page is perfect. 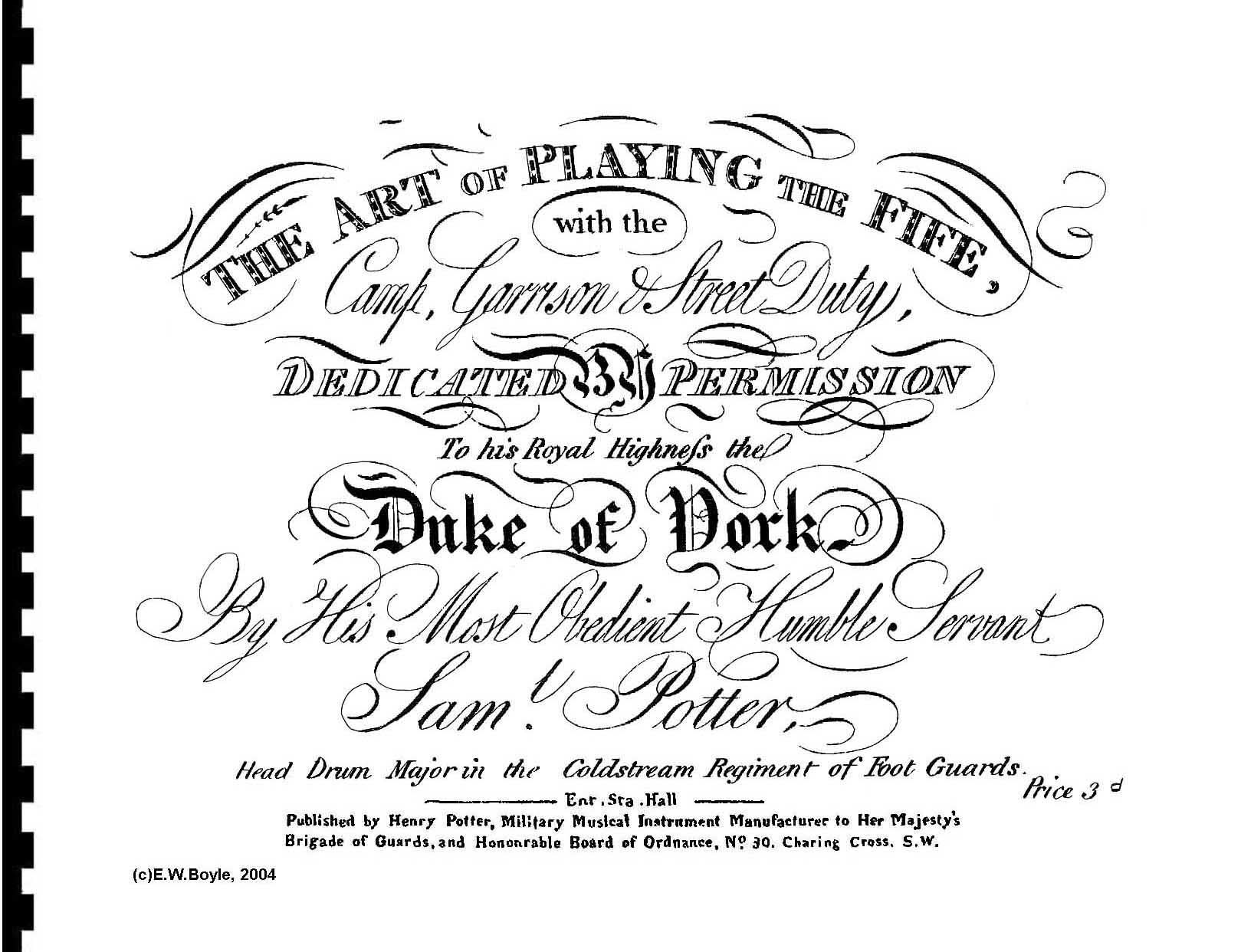