Thompson Compleat Tutor for the Fife

In 1760, Europe was at war. The Hanoverian King George II of England died and his son, George III, succeeded him as monarch. Five years later, the Stamp Act was passed. The die was cast and the American colonies began their long trek to independence from Britain.

Established in 1746 by Peter Thompson in St. Paul's Churchyard, London, the firm under his name was a very successful music publishing house as well as a purveyor of musical instruments. In 1759, it was renamed Thompson & Son, and later, Thompson and Sons. In that same coronation year of 1760 the Thompson firm published the Thompson Compleat Tutor for the Fife. The Thompson firm continued operation by Thompson children and grandchildren until sometime around 1800 when it became Button & Whittaker.

There is little question that this book of instruction was used in the musical education of British Army and Hessian fifers who later occupied Boston and fought throughout America's War for Independence. 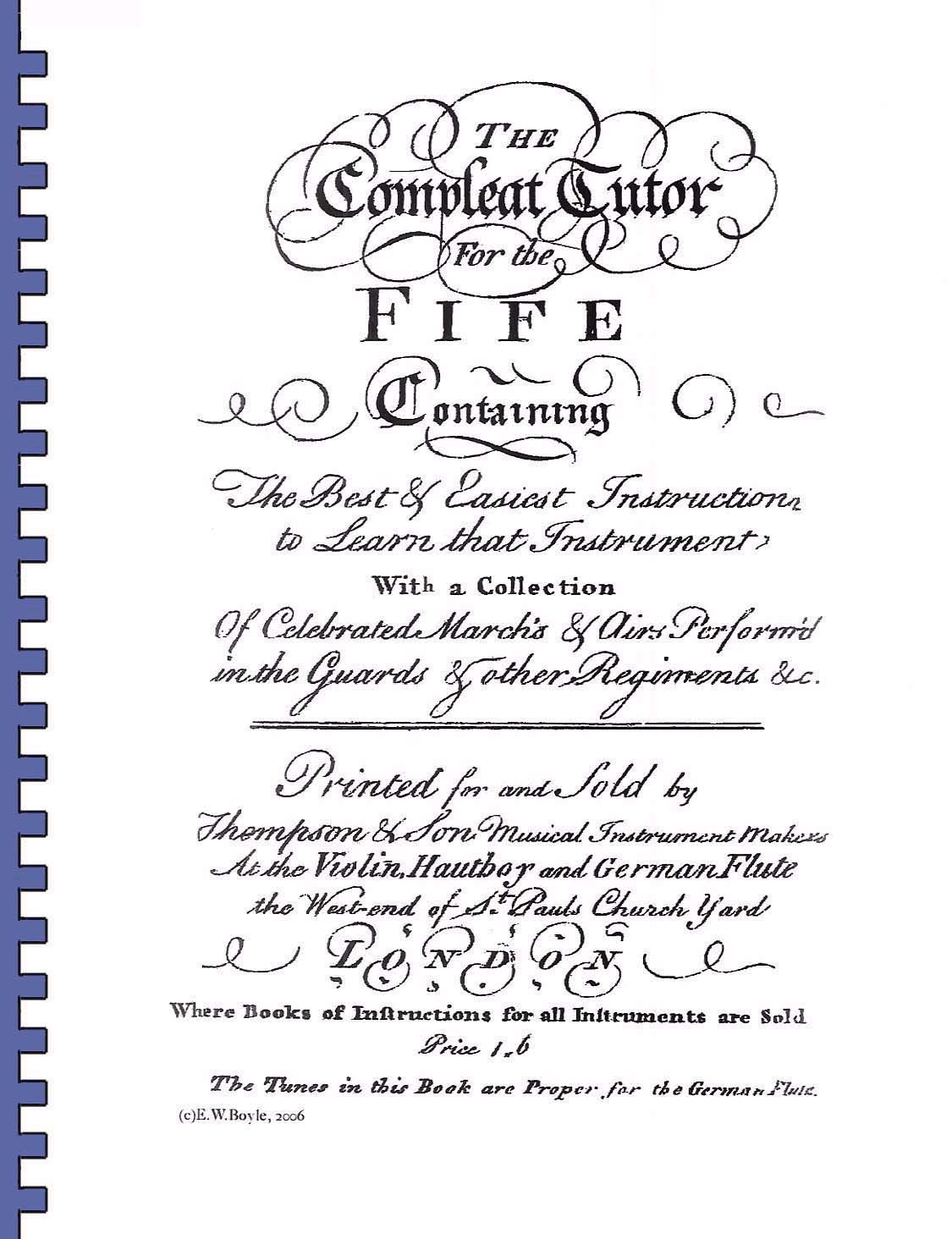 This historic document is now available from BeAFifer for $14.95 plus shipping.