Less than a decade after Stephen Decatur quelled the pirates of the Mediterranean in the "Halls of Tripoli" and long before Messrs. Bruce, Emmett, Hart, Howe and Strube took their very first music lessons, there was Ashworth. Drum Major of the newly founded United States Marine Corps Band, Charles Stewart Ashworth established the methods by which most rudimental drummers learned their craft. The band itself was only 14 years in being, but already it had earned a reputation for the very highest quality musical performance.

In his "A Useful and Complete System of Drum Beating," Ashworth set up Rules to be Observed by Young Drummers. He describes basic rudiments in detail, the Reveille and the major Duty Calls, then continues with 36 duty calls and tunes for the fifers. It was published on January 14, 1812. This book is not just a tutor; it is 40 pages of history. Many say that it was the nucleus of Bruce & Emmett's  Drummers' and Fifers' Guide, published 50 years later. 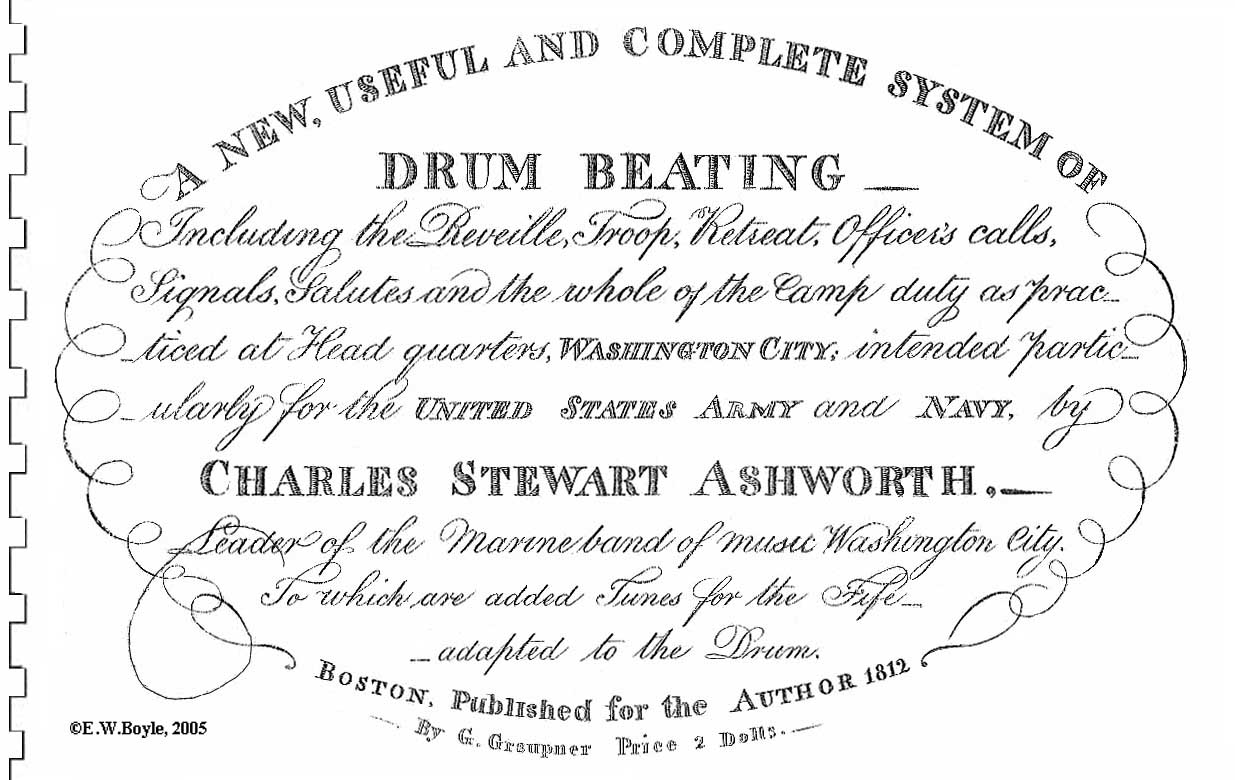 Digitally enhanced from the original and with the original layout, this book is available from Be A Fifer for $14.95 plus shipping.

or order by mail.