Written by Alvan Robinson and printed originally in 1818, this wonderful and very popular book was again published in 1820 and 1824. It would be of great interest for both fifers and drummers. Robinson designed the drum component as a series of 24 rudimental lessons, using the onomatopoeia or narrative method of describing the beatings. This was popular at the time and still is today despite the fact that more modern methods of musical scoring had been published by Lovering and others. Some musical historians believe that Robinson's work provided inspiration to Bruce and Emmett in the writing of their Fifers and Drummers Guide.

For the fifer, there are a total of 73 pieces ranging from well known tunes like March to Boston (Road to Boston), York Fusillier, Hariott, White Cockade and Haymaker, on to a bunch of really great ones that haven't been played in many years. The contents, adding up to 48 pages, are listed below. They have all been digitally enhanced for clarity, missing pages and portions thereof sought and found. 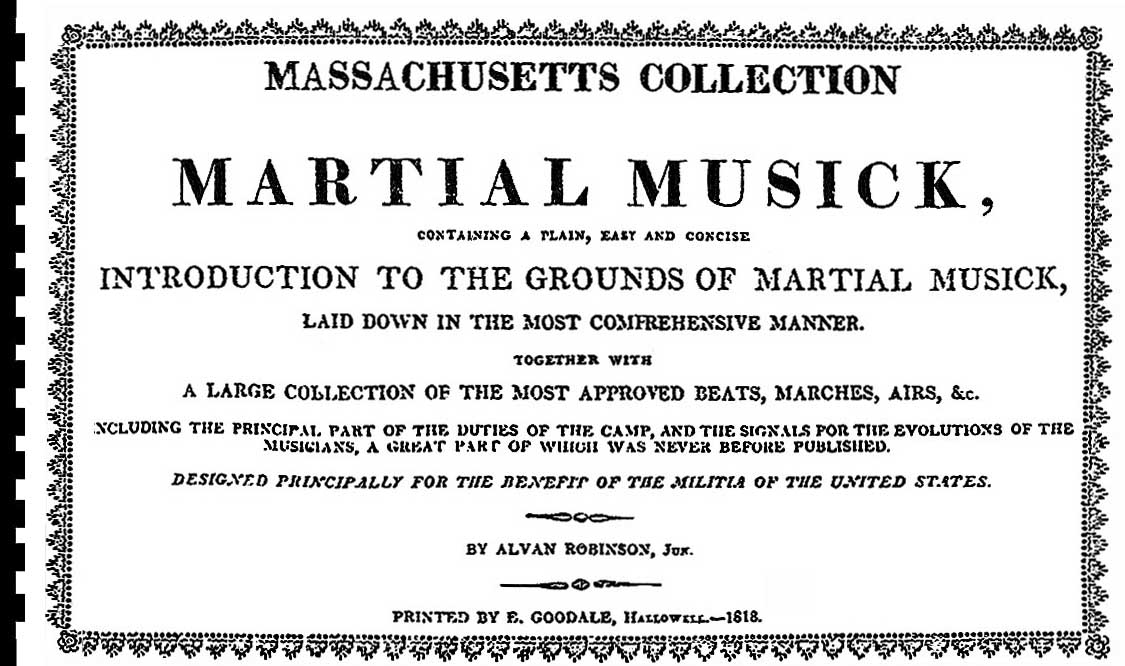 There are also 73 tunes for the fife:.