"After looking at it for a little while as she plies her needle, he looks to young Woolwich, sitting on his stool in the corner, and beckons that fifer to him." - Bleak House by Dickens

A classical book on early 19th century drum beating, Rumrille and Holton was published in 1817, not long after Ashworth. Principally addressing the percussion instruments, it is an important step in the evolution of rudimental drumming in America. Like Strube, Draper's and Ashworth, it has been digitally enhanced for clarity and bound from left to right, just like the original. Beginning with the basic rudiments and various rolls, it goes on to cover accents, Common Time, marches, Quick Time, and slow marches. Drum beatings are provided for Yankee Doodle, Roving Sailor, Champlain, Tecumseh, Pennsylvania, a bunch of Quicksteps, open beatings, and a large section dealing with the Camp Duties as of 1817. The book is quite specific as to what should be done and when. Contains 40 pages with none missing. 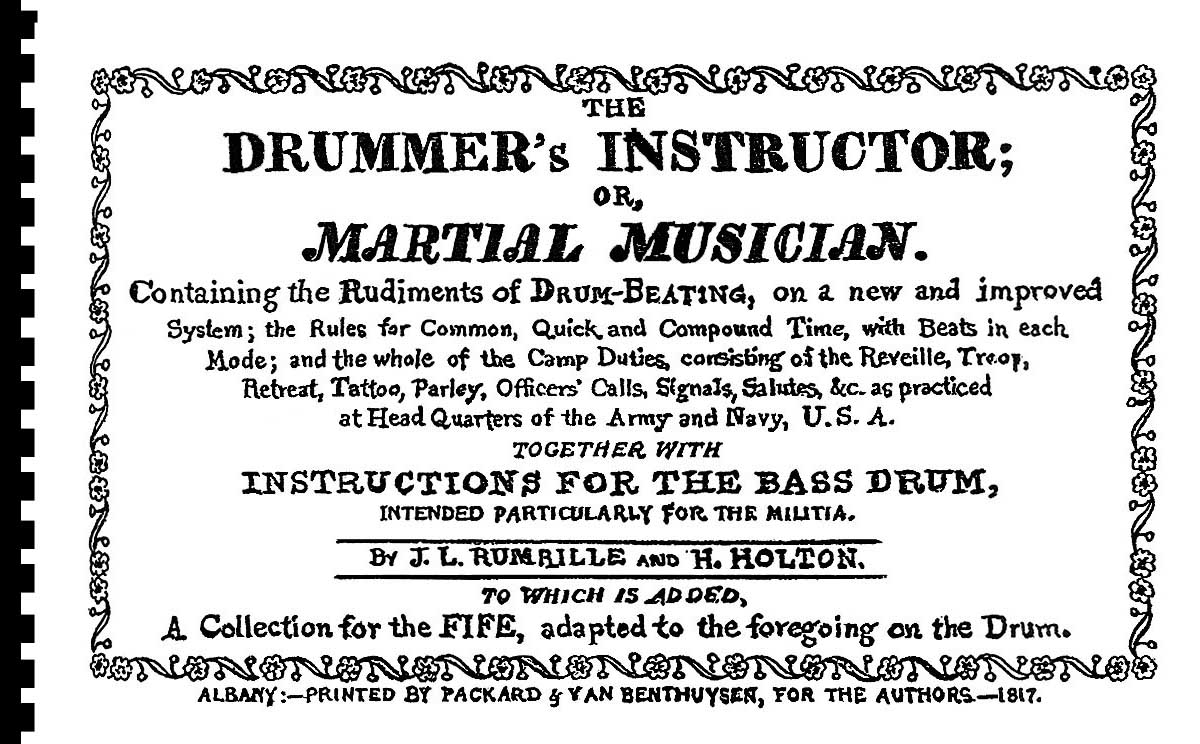 It also contains some fife tunes: